ANAPA was created on 30th of November 2012 in Bologna thanks to an initiative of 168 initial incorporator members and of 11 executives of agents’ associations: Allianz, Augusta, Aviva, Axa, Carige, Cattolica, Generali, Itas, Vittoria, Zurich. All of them united with the aim of creating a new association that would break the old patterns and enter the market with a new approach. The approach intended to engage everyone from the insurance industry in dialogue and to include interlocutors as partners not as opposing parties.

Anapa, with its attention to new dynamics of national and European insurance markets, was immediately ready to build a constructive and active dialog with the institutions. A dialog able to refine the position of an insurance agent and to preserve its etic and its social role.

Today ANAPA is one of the most dynamic insurance associations even though it is so young. It has become a benchmark for all Italian insurance agents and for those who believe in values of modern collaboration. It combines the professionalism of the traditional agency brokerage and the necessity of embracing new technologies and new methods of interacting with customers.

These are the basis on which ANAPA intends to adopt the system approach that regards all participants (companies, intermediaries, customers) as partners and to spread the culture of the insurance sector in Italy.

On 19th of November 2005, an important landmark was achieved: ANAPA and UNAPASS merged into ANAPA Rete ImpresAgenzia, a new association of professional insurance agents. Given a significant contribution of the Association of Agents Unipolsai to the project and to the unification process, it also becomes a member.

Created as modern, innovative and careful to protect the interest of all insurance agents, the association was able to capture the discontent and the difficulties of those who didn’t find the trade union representative appropriate and thorough.

From the beginning, the most differentiating element was to make the insurance companies play the coessential and complementary role in the Association. As a matter of fact, their executives hold strategical tasks in executive and decision-making bodies. The recognition of the decision-making role to the agents’ association is a big innovation for Italian membership approach. It also restores the authority to the industrial and union negotiations and to the Italian insurance agents as a professional association.

The Association has always been at the forefront in the fight against the disintermediation in order to avoid what had already happened to the life insurance market; that is a substantial loss in favour of the Bancassurance and non-professional distribution channels.

ANAPA’s contribution to restarting the dialog with ANIA[1] (Italian National Association of Insurance Companies) and the negotiations for the renewal of the Accordo Impresa-Agenti[2] was crucial. The negotiations were interrupted due to AGCM’s[3] inquiry and to the pressing issue of Insurance Agents Retirement Fund. The dialog was recently resumed including a new president of the Business Association.

In November 2014 acting as employers, ANAPA signed the CBA’s[4] renewal negotiated between the agencies’ employees and trade unions.

It joined the Confcommercio[5] and the BIPAR[6].

ANAPA is an association of professional insurance agents who dedicate their activity prevalently to consulting and insurance products placement.

ANAPA’s role on the market is to be a general representative association for the insurance agents, to offer a trade union protection and legal, contractual and financial assistance.

The Association distinguishes itself for interacting with institutions according to the principle of partnership.

According to this logic, the insurance companies represent a valued patrimony available to both single agent and the entire community. The companies are not seen as opposing parties but as business collaborates with whom to find solutions suitable for both enterprises and agents.

From ANAPA to ANAPA – Rete ImpresAgenzia[7]

The unification of the insurance agent’s profession has been discussed for decades. All the attempts have been in vain, as there was no action behind the intentions.

In the period between 2013 and 2015, ANAPA and UNAPASS[8] shared most of the strategies and accomplishments in representation and interest of the profession. We can mention the negotiations with ANIA, the relationships with political and surveillance institutions and common position on the matter of legislation and regulations.

The maximum level of collaboration and synergy was reached in the negotiations with Trade Union Organisations that led to a signing of CBA[9] and also in the effort of protecting the Agents Retirement Fund from the financial crisis.

Furthermore, the unification has been achieved thanks to the contribution of the association AAU[10] that played an important role in the creation of the new professional association that recognizes strategic and political role of agents’ associations.

The creation of ANAPA Rete ImpresAgenzia introduces a new attitude towards the associations and negotiations helping to regain its authority. It combines industrial negotiations of first and second level aiming at being a modern, forward-looking association and a leader of insurance agents in the digital age.

ANAPA Rete ImpresAgenzia is an association that was created and developed on the basis of democracy, equality and solidarity.

The Association pursues its aims drawing its inspiration from the principles of trust, honesty, transparency, confidentiality and neutrality.

ANAPA Rete ImpresAgenzia follows the principle of centrality of the insurance agent to the companies’ distribution processes. The centrality based on professionality, reliability and proximity to all customers. The agent’s centrality is emphasised also through the activities of the insurance companies who are recognized by ANAPA Rete ImpresAgenzia to hold the prime role in representing the agents.

These standards have been gathered in a specific Etic Code and approved, together with the deed of corporation, the statute and the regulations, at the constitutional assembly held in Bologna on 30th of November 2011.

All ANAPA Rete ImpresAgenzia’s members must align with the Etic Code.

The insurance agents will play an even more important role in increasing the insurance culture and in responding to customers’ requests.

Our country is not insured enough, especially in terms of supplementary Welfare insurance, catastrophic risks, social security and health insurance, all fundamental for the protection of both the individual and the collective in the spirit of the integration of public and private sectors. This is why ANAPA Rete ImpresAgenzia collaborates with Institutions, Companies and with Customers in order to face the upcoming challenges with responsibility, etic and foresight.

[2] Italian National Agreement that lays down the rules for all insurance agents.

[6]  The European Federation of Insurance Intermediaries 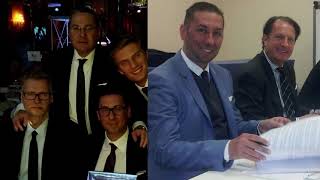 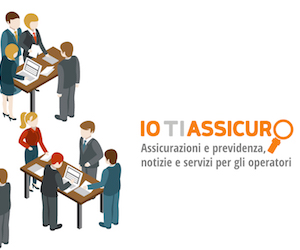